The Six books finalists of the Bancarella Sport 2019 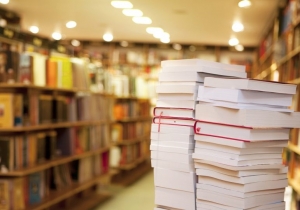 The Six books finalists of the Bancarella Sport 2019

The commission of selection of the Bancarella Sport Prize 2019 met in Milan, at the Bank Cesare Ponti. The Contest for Sports Literature was added to the general one on the proposal of the Panathlon Carrara e Massa’s members, in particular by Renzo Chiappale, in 1964.

The regulations provides that among the books published in the previous year, six are chosen by a selection board composed of representatives of the “Fondazione Città del Libro” of Pontremoli, organiser of the event, by the representatives of the Main Sports Magazines and a commissioner of Panathlon International who for some years has been Past President Mr. Giacomo Santini, a journalist and sports writer.

This year the selection has affected about twenty competing books, the result of a previous skimming carried out in Pontremoli to bring to the scrutiny of the Commission works of good-quality.

The Six selected volumes are:

These six selected books will be screened by a special jury of 70 large voters 20 booksellers, 45 personalities of culture and Sport, 15 members of Panathlon International.

In the forthcoming months members of the “Special Jury Panel” will examine the works and the three books that will compete for the final title by voting through a secret electronic card addressed to the Prize Notary, Dr. Sara Rivieri.

The overall winner will be announced in Pontremoli, Piazza della Repubblica, Saturday, July 29th, 2019 in the evening, on completion of the public counting of votes received.