P.C. Lisbon - The role of parents in sports 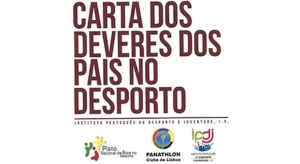 Panathlon Club Lisbon organized at the Olympic Committee of Portugal an international conference within the framework "The role of parents in Sport". The event was a great success, given the impact that this problem continues to have in society, in terms of training, ethics, fair play and sportsmanship.

From an internship of a student a "logbook" in Panathletic style 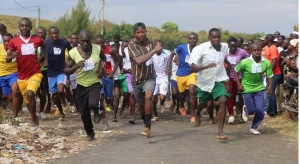 Diary from Africa on its way - In November 2014, at the award ceremony of the International Graphic Competition in Pavia, President Enrico Prandi and Secretary of PI Domenico Chiesa Foundation Sergio Allegrini signed with the Brownsea Foundation, represented by President Guido Monti and Director of IKSDP-Gwassi Kenya Harambee Project Antonio Labate, a collaboration protocol that focuses on sport, as a tool for the growth of young people in the countries in which the Brownsea Foundation collaborates. This led to the inauguration of the Panathlon Club La Malpensa Nyandiwa-junior.

Silvia Serio, a student of International Economics and Management from Bocconi University in Milan, did an internship in Nyandiwa through the Brownsea Foundation and wrote an exciting "Logbook “on summer 2016 initiatives.