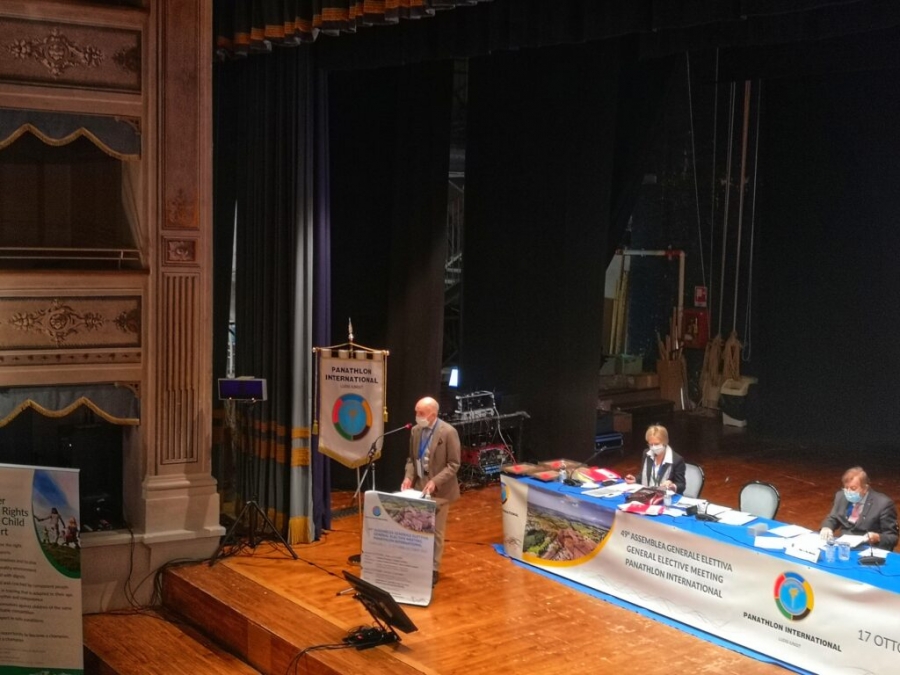 On Saturday 17th October, in the splendid "La Nuova Fenice" Theatre in Osimo, the Assembly of the Panathlon Clubs renewed its trust in President Pierre Zappelli (CH) who will thus lead the Movement for the next four years.

The 155 voters then expressed their preferences to renew the entire International Board which is composed as follows: Orietta Maggi - Vice-President (I) Giorgio Chinellato (I), Stefano Giulieri (CH), Eugenio Guglielmino (I), Luigi Innocenzi (I), Patrick Van Campenhout (B), and Luis Moreno Gonzales (PER). Confirmed as Secretary General Ms. Simona Callo (I) and as Treasurer Mr. Stefano Giulieri.

For the first time a woman holds the position of Vice President.

The Committees were also renewed:

The first meeting of the new International Board has already been scheduled for 27 November.